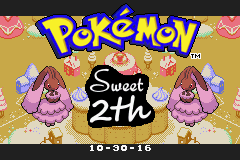 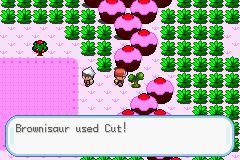 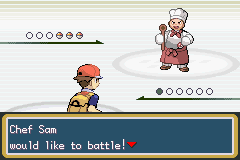 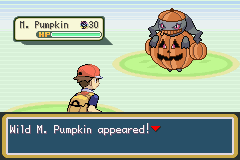 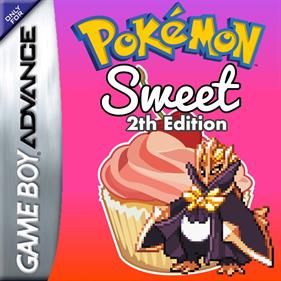 Two and a half years ago, I dropped Fire Red and a box of chocolate bunnies into a blender. This resulted in two things: The world's worst smoothie, and an idea for a ROM hack in which the world of Pokémon melds with Candyland in every respect, from the Pokémon themselves to the moves that they used. And then I actually made that ROM hack, and it proved to be a refreshing hit with players, as is evident by the amount of fanart that began to pop up. Heck, I even made TVTropes! You guys really know how to butter me up. The fanart and fan sprites, coupled with the fact that the original hack was made during a time when I wasn't all that experienced with hacking Fire Red, inspired me to create a sequel - this time using all the knowledge I had gained in those two years, an entirely new region instead of a reskin of the original, and more than double the number of PokéSweets the original had. Throw in a twist or two that you might not be expecting, and here we are: